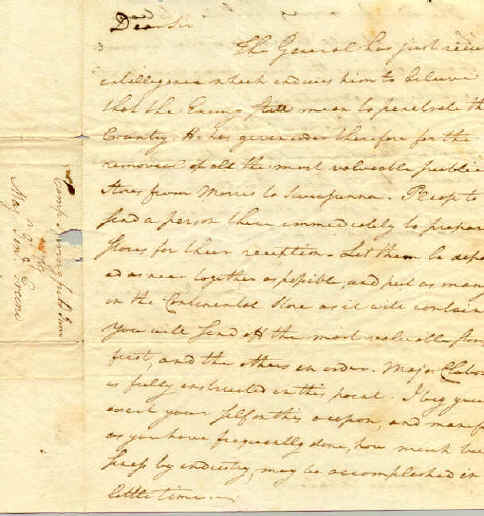 Autograph letter signed "Nath Greene QMG," to Col. James Abale (Abeel), Morristown, New Jersey, after June 11, 1779. Nathanael Greene writes to one of his most diligent deputies, Lt. Col. Abeel, whom he orders to remove the most valuable stores from Morristown to Succasunna in centralnew Jersey, out of reach of the advancing British. Although a later docket incorrectly records the date as June 1779, the letter was written after June 11, 1780, probably about the time of the battle of Springfield where Greene roundly defeated Knyphausen's troops, who retreated to Staten Island. 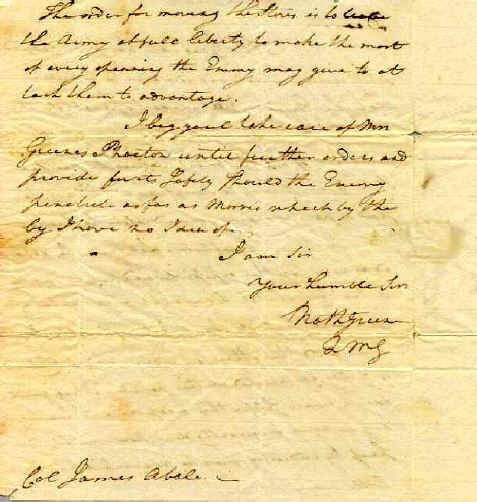 Start your search on Nathanael Greene.